Clark Regional Wastewater District, “District”, is one of the largest sewer districts in the state of Washington and is accredited by the American Public Works Association (APWA). In 2005, we were the first special purpose district in North America to receive APWA accreditation. The District provides customer focused, professional wastewater services to more than 81,000 people. Since 1958 the District has consistently served the community, providing reliable service in an environmentally and financially responsible manner. The District has a proud history of responding to the growing and changing needs of the community. In the last 20 years alone, the District’s customer base has nearly doubled.

Clark Regional Wastewater District has over 750 miles of sewer lines, 85 pump stations and 870 STEP systems serving approximately 50,000 Equivalent Residential Units (ERUs), with a population of over 98,000.

Clark Regional Wastewater District is a Special Purpose District organized under Revised Code of Washington (RCW), Title 57. As a Special Purpose District, it is chartered to provide sanitary sewer services to unincorporated Clark County. The District is not a segment of any other local (e.g. Clark County) government. As a public agency, it has a three-member Board of Commissioners who resides within the District service area and is elected by the ratepayers within those areas. The General Manager, hired by the Board of Commissioners, is the District administrator.

The District (formerly known as Hazel Dell Sewer District) has a rich history of service and support for the communities it serves. In 1958, the District was formed to meet the needs of a growing business community that was not served by sewer. The District was formed under the name Clark County Public Sewer District No. 1, later renamed Hazel Dell Sewer District and is now Clark Regional Wastewater District. The newly formed District provided treatment and collection for 300 customers in Hazel Dell. In the 1970’s, recognizing the economies of scale for wastewater treatment, the District stopped providing treatment services. Instead, through separate interlocal agreements with Clark County and the City of Vancouver, the District began to utilize their existing plants for wastewater treatment. This has allowed the District to focus on the collection and transmission system.

In 1993, the County requested the District to take over all of its collection and transmission functions, leaving the County to focus only on treatment at the Salmon Creek Treatment Plant (SCTP). In 1995, the County, the City of Battle Ground and the District entered into a three-way agreement to expand and improve the SCTP. The District and Battle Ground own 100% of the capacity of SCTP, with the County providing the facility and operating staff. In 2003, the three partners, under the direction and management of the District, undertook a $77 million dollar capital improvement upgrade of the Salmon Creek Wastewater Management System (SCWMS). Today the project is completed, providing additional treatment capacity for several years.

The District is located in Clark County, Washington. Sometimes mistaken as a department of Clark County government, we are an entirely separate agency in both management and funding. 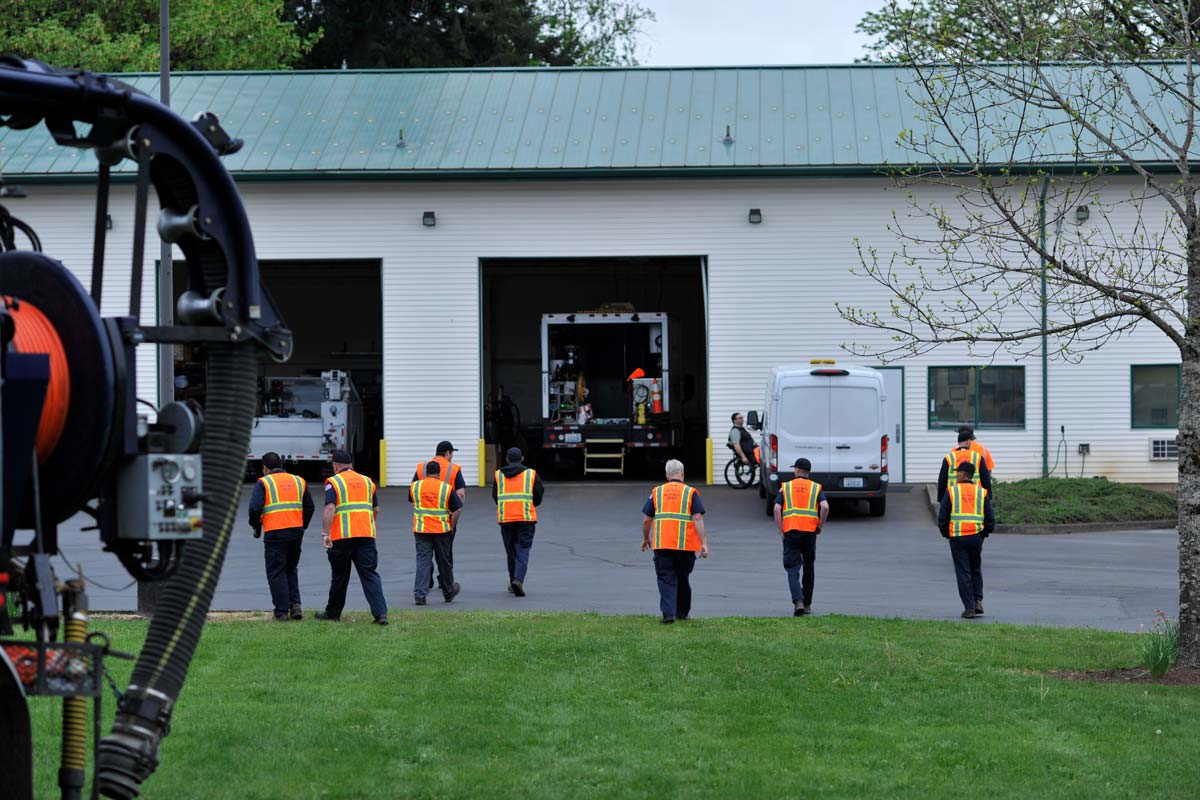 Clark Regional Wastewater District has over 600 miles of sewer lines, 60 pump stations and 750 STEP systems. We are serving approximately 40,000 Equivalent Residential Units (ERUs), with a population of over 90,000. The District’s Operations Center was constructed in 1996 and is located at 8000 NE 52nd Court in Vancouver, WA. The operations center is the home for all District staff, including administration, operations, engineering, finance and customer service.